“History takes time. History makes memory.” (Gertrude Stein). Junior School students were very fortunate to have the knowledgeable Ms. Wilgress as a guest speaker during Chapel, as she presented a fascinating and detailed account of the history of Ashbury College.

Vicky Wilgress, Ashbury College’s Relations Ambassador since 1987, began her presentation stating, “Working at Ashbury has been my passion, my life, and it’s been something I’ve always enjoyed.” She went on to explain that having grown up in Rockcliffe Park, all of her family went to Ashbury, and that, “Ashbury was in my blood.” 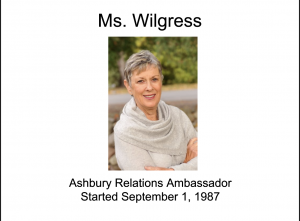 Ashbury College was established in 1891, but you may be surprised to know that it was not always located in Rockcliffe Park. Originally it was a three-room school situated across from the Parliament Buildings in the Victoria Chambers on Wellington Street. It was here that Mr. Woollcombe, at the age of 24, brought his vision of starting a school to fruition. However, by 1910, Ashbury College had grown from 17 to 78 students, and as a result it required a bigger building. This was when the school moved to the village of Rockcliffe Park. 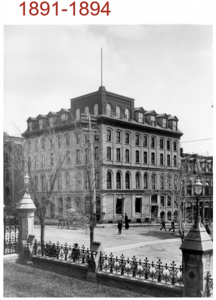 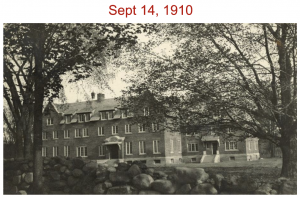 Ms. Wilgress shared some major differences about the location from as you know it today. For starters, she explained how the school was surrounded by farmer’s fields, had dirt roads versus paved, and that Rockcliffe Park had a 12-storey ski jump where they held competitions from 1910–1937. 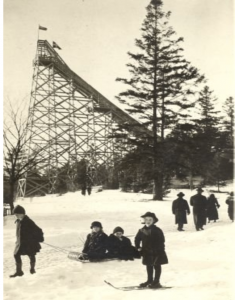 It comes as no big surprise that there were also some differences from then and now with regards to the building, the rooms, and education. The building was not as big as it is today, and the headmaster’s house used to be attached to the school. The school had only one gymnasium until 1985. Ms. Wilgress pointed out that the Memorial Wing was built in the 1920s, and it was originally the back entrance to the school from Maple Lane. 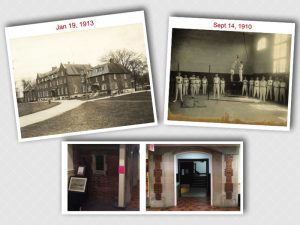 Ms. Wilgress highlighted in her presentation that rooms within the school were very different to how they appear today. Classrooms contained wooden desks and blackboards. The cafeteria was a smaller room that provided students and boarders with food; however, the ability to choose what you wanted to eat was not a luxury back in the day. Servers distributed the food, the teachers, who were called masters at this time, served students the food, and you were expected to eat what was on your plate. 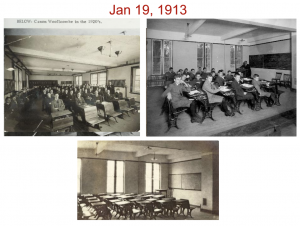 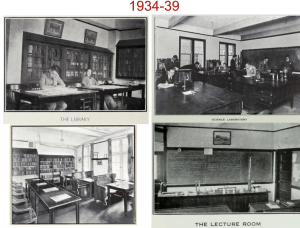 Although students were taught some of the same subjects that are presently taught today, students in 1910 were also taught Latin. Participating in boxing was mandatory, and students participated in calisthenics, which was done to build body strength and agility. You might also be surprised to learn that Ashbury College was not always a coeducational school. In fact, Ms. Wilgress explained that it was an all-boys school until the late ’70s. It wasn’t until 2010 that the school became fully coeducational. 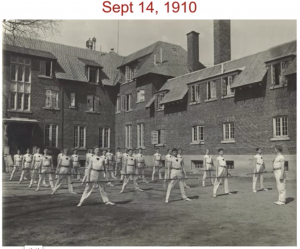 This was an insightful blast to the past with Ms. Wilgress who has a wealth of knowledge when it comes to Ashbury’s history. Thank you, Ms. Wilgress, for taking the time to share with us. Feel free to view her entire presentation (recording of assembly).

This website uses cookies to improve your experience while you navigate through the website. Out of these cookies, the cookies that are categorized as necessary are stored on your browser as they are as essential for the working of basic functionalities of the website. We also use third-party cookies that help us analyze and understand how you use this website. These cookies will be stored in your browser only with your consent. You also have the option to opt-out of these cookies. But opting out of some of these cookies may have an effect on your browsing experience.
Necessary Always Enabled
Necessary cookies are absolutely essential for the website to function properly. This category only includes cookies that ensures basic functionalities and security features of the website. These cookies do not store any personal information.
Non-necessary
Any cookies that may not be particularly necessary for the website to function and is used specifically to collect user personal data via analytics, ads, other embedded contents are termed as non-necessary cookies. It is mandatory to procure user consent prior to running these cookies on your website.
SAVE & ACCEPT
Translate »